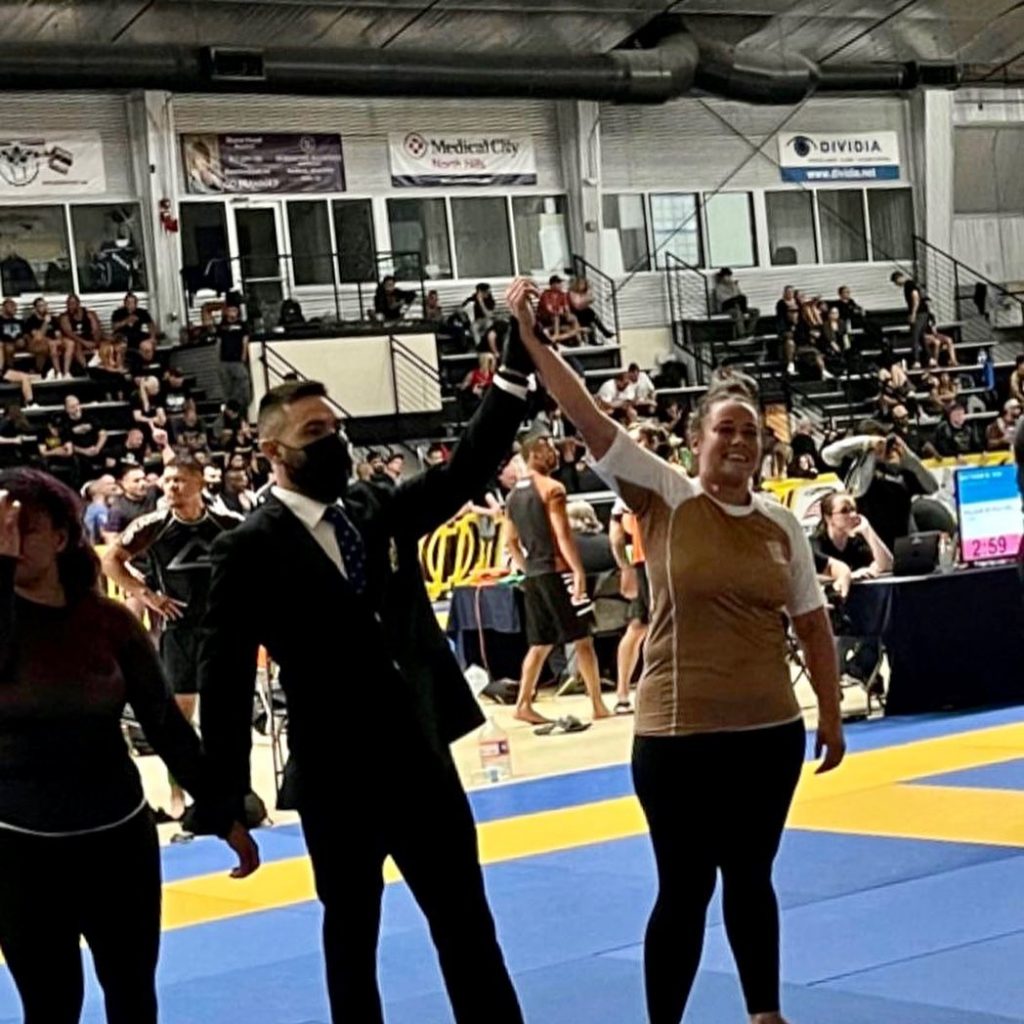 Team Tooke Competes at the IBJJF No Gi Jiu-jitsu Pans

On May 15th and 16th, The IBJJF (International Brazilian Jiu-jitsu Federation) held the 2021 No Gi Jiu-jitsu Pans. This BJJ competition is one of the most prestigious No Gi events in the world. Team Tooke brought a small team but returned with a large number of medals including a few Golds!

In the Women’s Master brown belt division, multiple time world champion Melissa Lozano was able to capture gold in both her weight class and the absolute division (open weight class).  Maggie Torres, a Jiu-jitsu brown belt had a beautiful performance in route to the finals where she came up short. Her performance secured her the silver medal. In the women’s master purple belt category, Angelica Arrambide blaster through her competition to win gold in her weight class in very impressive form. Brown Belt John McCowen secured 2 silver medals in both his weight class and the Open division respectively. Retired undefeated MMA fighter Cody Owens had a beautiful performance in his opening round and secured a bronze medal in his weight division. Professor Travis Tooke and Jose Llanas competed in the black belt master middle weight category. Both professor Jose and Travis were able to secure first round submission victories but came up short in the next round. Travis secured a bronze medal in the weight class. This was his first competition back since his bicep repair surgery 6 months prior

Win or lose, the Team Tooke Jiu-jitsu squad is now better than they were before the event. The challenge of Jiu-jitsu competition, the consistent training and the effort to win is what champions are made of. The top spot on the podium may not always be waiting for us after every event. But as competitors, the reward the the continued pursuit of excellence as martial artists. Team Tooke is already ramping up efforts for the Gi Jiu-jitsu Pans coming up in September and you can bet that they will be focused and ready to win!