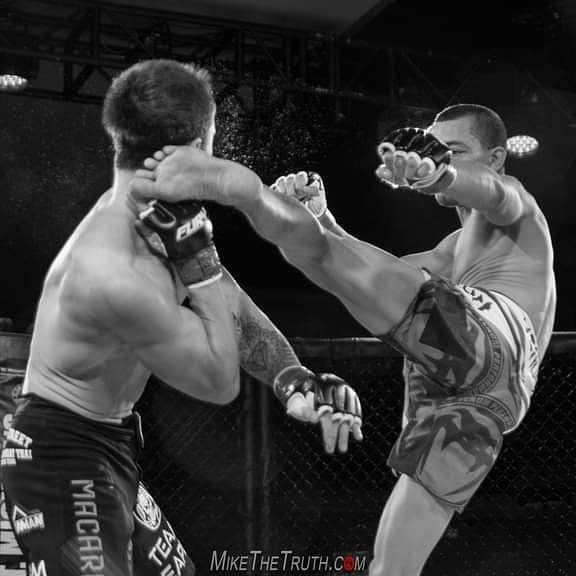 This past weekend, Texas was host to a series of martial arts events. These included the IBJJF Dallas Open Jiu-jitsu Competition, Combat Sports Coverage and Fury Fighting Championship. Team Tooke Mixed Martial Arts Academy had students competing in all 3 events.

The Dallas Open held by the IBJJF is one of the largest Brazilian Jiu-jitsu events in the south. Team Tooke students John McCowen and Jose Llanas each brought home gold medals in their divisions. Jose Llanas, competed against some of the toughest black belts in the country. With 3 matches he secured 2 submission victories and won the finals match by points. John McCowen won gold in the brown belt super heavy weight division and placed 2nd in the absolute division. In the No Gi division McCowen took home 2 gold medals, one for his weight class and one for the absolute division. Next Saturday, March 13th both Llanas and McCowen will be competing in the Submission Hunter Pro right here in Houston, TX.

In Tomball, TX Team Tooke Brown Belt and jiu-jitsu world champion Melissa Lozano competed in a super fight match held by Combat Sports Coverage. Her opponent was very skilled and the match lasted the full 10 minute time limit forcing an overtime. The overtime rules stated that the first opponent to score would win the fight. In other words, Sudden Death. In the overtime Melissa locked up with her opponent, sat to her guard and swept her to the top position securing the victory.

On Sunday, Garcia Promotions LLC held its most anticipated event of the year, Fury Fighting Championship 44. Team Tooke Black Belt Cameron Graves fought a very talented Gabriel Macario for the flyweight title. In round 1 Macario landed several successful strikes and was able to counter a takedown to take the top position. Graves did a great job of defending his guard from his back but was unable to mount any counter attacks. Macario was confident going into round 2 as he was the clear winner of the first round. Round 2 was more of an even exchange as Graves began to find his rhythm and land some shots of his own. Just as Macario was starting to adjust to the pace and land some counter shots of his own, Graves threw up his famous left side head kick to drop his opponent to the canvas. 2 or 3 punches later and the ref jumped in to end the match. Cameron Graves retained his FFC title and was also the winner of the “Knockout of the Night” award.

Travis Tooke is a 4th degree black belt in Brazilian Jiu-jitsu. he earned his black belt from the legendary Carlos Gracie Jr. while living and competing in Brazil. Today he is the CEO and head instructor of Team Tooke Mixed Martial Arts Academy located in Houston, TX. Team Tooke has successfully coached UFC fighters, Jiu-jitsu world champions and has produced numerous black belts. Though very successful in competition, the primary focus of Team Tooke MMA is character development and enrichment for students of all ages and backgrounds