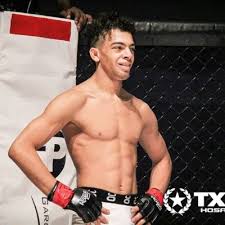 Team Tooke Jiu-jitsu Black Belt Cameron Graves is gearing up for his next fight on March 7th 2020. This will be Cameron’s first fight in over a year due to the restrictions caused by Covid-19. Cameron is on a quest to earn a contract with the UFC and is currently fighting for Fury Fighting Championships

Cameron Graves is a Brazilian Jiu-jitsu Black Belt and instructor for Team Tooke Mixed Martial Arts Academy. He has been an active competitor since the age of 14. He began competing in Brazilian Jiu-jitsu and later transitioned into MMA. Cameron is one of the most exciting fighters in Texas and highlights of his fights have even appeared on Spike TV.

Be sure to tune in to Fury Fighting Fc on Sunday, March 7th to watch Professor Cameron Graves take one step closer to becoming a UFC fighter