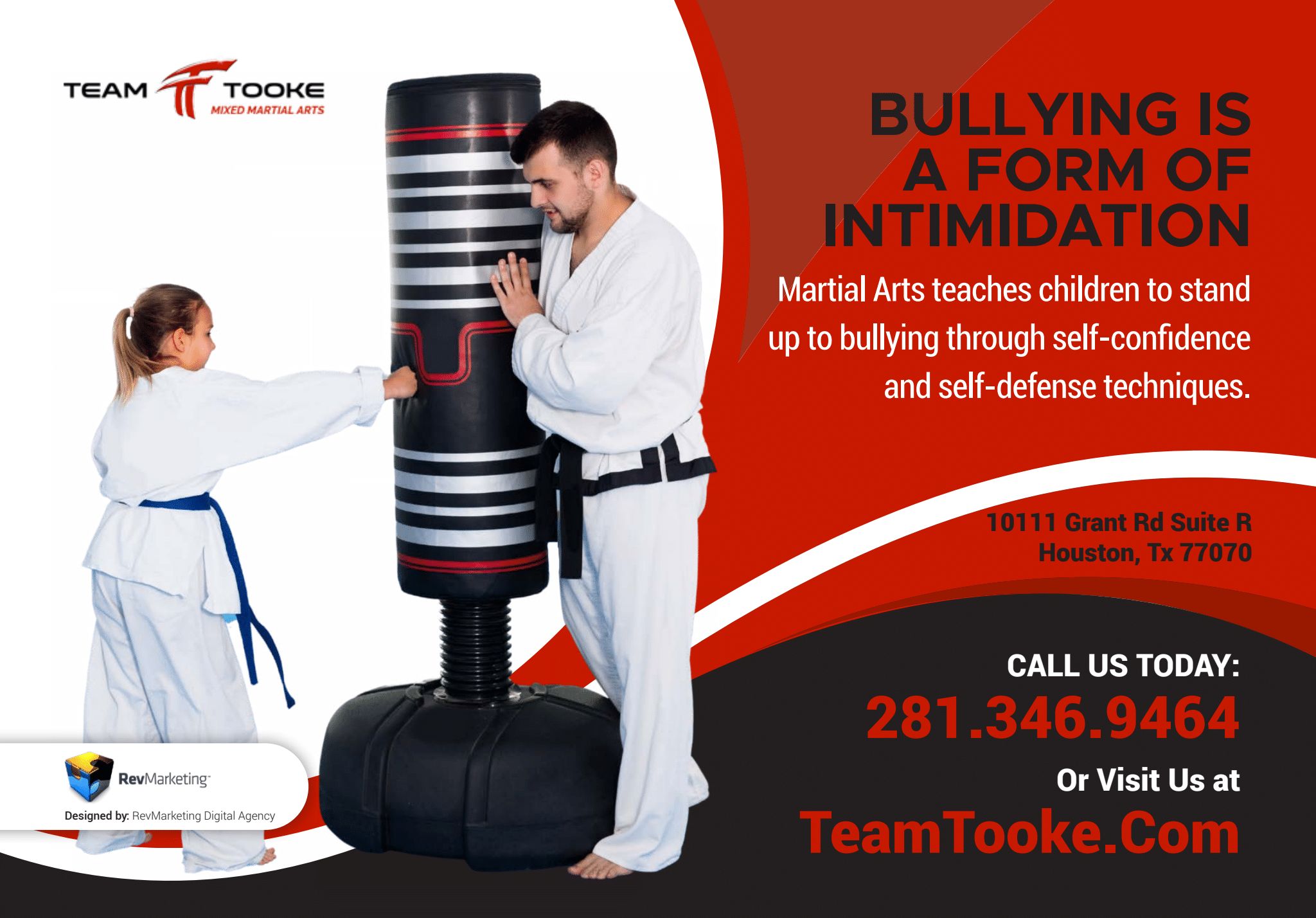 As much as we would like to rid the world of bullying, the truth is that bullying is a part of human behavior. Often times, when a child has the ability to intimidate and control someone that he/she perceives as weaker it will occur. And while we can pass laws and enforce rules to help lessen this behavior, it will always be something that some people to others. Many believe that bullying is the result of kids who have low self esteem taking it out on smaller kids. And, that we need to simply build up the self esteem of the bullies and they’ll leave others alone. But that’s just not the case. As it turns out, bullies tend to be pretty confident on average. So what can we do?

If bullying is a natural, albeit harmful phenomenon, then the best course of action is to avoid becoming a victim. What has become clear through the data is that bullies seek out kids that appear to be weaker than the bullies are. A kid who trains in martial arts develops greater strength and confidence with each passing class. This translates into better posture, eye contact with others, speaking assertively and standing up for both self and others. In other words, an unlikely candidate for bullying. Brazilian Jiu-jitsu teaches kids realistic self defense skills as well. So, in the rare scenario where a child may need to actually defend him/herself, he/she will be armed with real martial arts skills. One of the biggest benefits of training in Brazilian jiu-jitsu is that students have the opportunity to develop their social skills in a safe, disciplined and fun environment alongside other kids. The martial arts skills that they learn are fantastic but the true benefit lies in the character skills that they will gain. By training in Jiu-jitsu children have the rare opportunity to get in to great shape, meet lots of friends, learn realistic self defense skills and arm themselves against bullies. These skills will carry over into their adult lives when they start their own families and take on adult responsibilities.